Gary W. Yohe is the Huffington Foundation Professor of Economics and Environmental Studies at Wesleyan University; he has been on the faculty at Wesleyan for more than 40 years.   He was educated at the University of Pennsylvania and received his Ph.D. in Economics from Yale University in 1975.  He is the author of more than 175 scholarly articles, several books, and many contributions to media coverage of climate issues.  Most of his work has focused attention on the mitigation and adaptation/impacts sides of the climate issue.  Involved since the early 1990’s with the Intergovernmental Panel on Climate Change (IPCC), he received a share of the 2007 Nobel Peace Prize as a senior member. He had served as a Lead Author for four different chapters in the Third Assessment Report that was published in 2001 and as Convening Lead Author for the last chapter of the contribution of Working Group II to the Fourth Assessment Report that was published in 2007.  In that Assessment, he also worked with the Core Writing Team to prepare the overall Synthesis Report from which the conclusion that responding to climate change is an iterative risk management problem.  He was a Convening Lead Author for Chapter 18 of the Contribution of Working Group II to the Fifth Assessment Report on “Detection and Attribution” and a Lead Author for Chapter 1 on “Points of Departure”. Most recently, he has been a contributing author to the IPCC Special Report on a 1.5 degree temperature target for mitigation.

Professor Yohe continues to serve as a member of the New York (City) Panel on Climate Change (NPCC); the NPCC was created in 2008 by then Mayor Michael Bloomberg to help the City respond to the risks of climate change. The third iteration of NPCC reports was released on March 15, 2019, at the offices of the New York Academy of Sciences.

He served as a member of the National Research Council Committee on America’s Climate Choices: Panel on Adapting to the Impacts of Climate Change between 2008-2011 and the National Research Council Committee on Stabilization Targets for Atmospheric Greenhouse Gas Concentrations that was chaired by Susan Solomon from 2009 through its release in 2010. His more recent activities include the National Academies serving as the Review Editor for their report on the “social cost of carbon” and as a member of their Panel to review the 4th National Climate Assessment.  He was also a member of their Panel that prepared the 2017-2027 Decadal Survey for Earth Science and Applications from Space for NASA in 2018.

Professor Yohe is currently Co-editor-in-Chief, along with Michael Oppenheimer, of Climatic Change (since August of 2010). 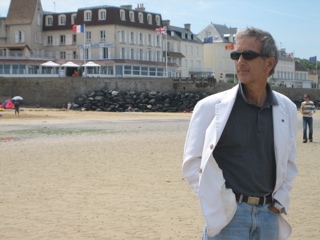